When we designed the German Demonstrator of InterFlex, we were curious about flexibility. Where does it come from, what benefit can we expect from it, how do customers appreciate the concept? We made it our mission to create a concept that builds upon the latest developments in the German energy market, namely the Smart Meter.

Looking at our networks we realized early that there was tremendous potential for flexibility in the low voltage network. Customers had rooftop-PV at their disposal, were operating heat pumps and electric storage heaters, some even had a battery or electric vehicle. We were not only surprised by the variety of potential flexibility but also by the encouraging level of interest from potential pilot customers. Our ambition was to connect up to 200 customers, more than 360 potential candidates responded to our invitation to participate. In the end, only about 80 of those could be connected, while we had to turn down the rest for one reason or another. A key learning here was that coverage with 4G mobile data network, our communication channel to customers, was hardly sufficient in rural Germany.

Before we could onboard our pilot customers, we first had to figure out what no one else had done before in Germany: to build a system that could interact with the national Smart Meter framework  on one side and be part of a DSO’s grid operation on the other. The result is what we now call the Smart Grid Hub, which sits firmly in the SCADA / ADMS-environment but is fully compliant with the cyber security guidelines to operate on the certified smart meter. It allows the DSO to directly pull data from the customer’s meter and steer flexible devices behind the meter, through the meter. Once the smart meter rollout is underway, this technology will enable the DSO to seamlessly scale novel grid control strategies along with the penetration of smart meters.

Following more than a decade of fast growth of renewables, Germany frequently faces grid congestion. DSOs and TSOs alike encounter critical situations that call for the curtailment of generation as a last resort. Smaller generators were previously controlled via a broadcasting technology, that neither offered a backchannel to confirm the signal acceptance nor had the ability to control single units. One signal for all, and hope for the best. Thanks to the Smart Grid Hub and InterFlex, it is possible now to control generators individually and confirm the action via near-realtime meter data. This makes the inevitable curtailment process more precise and effective and it allows the DSO to identify faulty installations and unsuccessful control signals.

In the segment of flexible loads, we found that DSOs do have a significant amount of dormant flexibility at their disposal. Heat pumps and storage heaters today can take advantage of a reduced grid charge in exchange for making their device controllable for the DSO. In reality, DSOs lack the technology to make proper use of this flexibility. Just like the curtailment process, broadcasting and ripple control technology has prevented dynamic switching and active use of this flexibility. The Smart Grid Hub enables novel use cases to discriminate control signals per location, type of device or time of day. It allows the DSO to employ dynamic switching schedules to optimize operations, to increase the share of renewables in the network or to react to critical situations in the network.

As InterFlex comes to an end, we are left with the confirmation that the Smart Meter can be of tremendous benefit for the DSO if it is coupled with a control device that enables DSOs to activate hitherto dormant flexibility. We showed that by embracing the new technology and employing new concepts in grid operation, DSOs can increase the share of renewables, reduce operation costs and empower customers to play a more active role in the energy system. 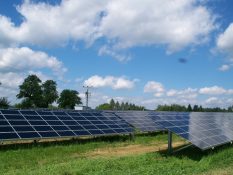 To subscribe to our Newsletter, please enter your name and e-mail address and we will keep you informed on all project news and main results.